Search and Rescue with MOAS

Our projects in Italy

The Mediterranean Sea has become one of the most dangerous borders in the world; in the first few months of 2016 alone, more than 2,000 people drowned whilst trying to cross it. In the just first week of May, 1,138 people died or went missing while trying to reach Europe.
From June to August 2016, we worked with the Migration Offshore Aid Station (MOAS) aboard their vessel the ‘Topaz Responder‘ as part of a new search and rescue mission in the Mediterranean Sea. The aim was to rescue migrants at sea and provide them with immediate medical treatment on board.
EMERGENCY’s 6 staff members (including doctors, nurses, a cultural mediator, and a logistician) provided post-rescue medical assistance and cultural mediation for migrants brought aboard the ‘Responder‘.

Since 2014, our teams in Pozzallo, Augusta, and Siracusa, have provided medical care to more than 20,000 migrants who have arrived in Sicily.

Stories from the field

“She was on a dinghy.  We went out with MOAS to rescue her on the sea, to bring her to Italy and to Europe. To save her. Welcome, little one.” 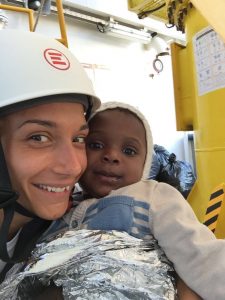 “She was with her mama, on one of the three boats which we rescued on Wednesday,” explains Tijana, a nurse with EMERGENCY, who was onboard Responder, MOAS’ emergency recovery vessel. Altogether, there were more than 350 people on the stranded boats. “She was so traumatised by the voyage that she was unable even to cry. Only when she hugged her mother again did she recover. She was freezing and starving. We had her wear a thermal blanket and gave her something to eat. Finally, she began to laugh and play, with big smiles.”
Tijana, EMERGENCY nurse
“I got to know them on the Responder, in the middle of the Mediterranean.” It was the first time that I went on the boat. I remember these three girls well. They were always sticking close together and never left each other for the entire trip. 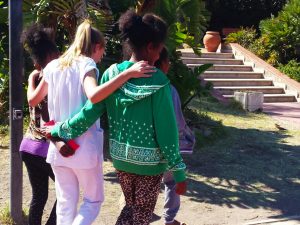 Some days ago, with EMERGENCY’s red book in their hands, they were taken onto the Responder, and brought to our clinic at the Villa Sikania in Agrigento, Sicily, asking to be examined. As soon as they saw me, they remembered me from the ship, happy to see a familiar face again, someone that they could trust. During the examination, it came to light that all three had been subject to terrible brutality during the trip. They wanted to make sure that they had not acquired sexually transmitted diseases. We did one of the necessary tests, which was negative, and we are organising the others. In the field, we are made aware, day after day, how important it is to guarantee constant medical and psychological care to persons who are fleeing war, violence, and poverty. For this reason, besides being onboard the Responder, we are present in various Italian cities, with our healthcare facilities ready to continue treating those in need.” Eleonora, EMERGENCY nurse
This site uses cookies: Find out more.